How to Get Enough Mythic Essence in League of Legends?

Riot Games have exchanged gemstones and prestige points with a new currency in patch 12.6. This new currency is called mythic essence.

Here I will explain how to get mythic essence in League of Legends detailing every method, and I will also explain how the mythic shop works, so you do not miss out on the skins you fancy.

How To Get Mythic Essence in League of Legends – All Methods

Getting Mythic Essence by Leveling 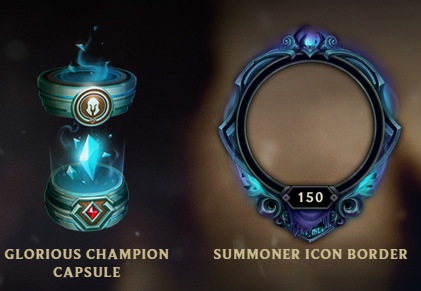 The most consistent and reliable method of getting mythic essence is by leveling an account. This method is very slow, but you will be getting guaranteed essence. Starting from level 100, every 50 levels will give you 10 mythic essence.

There will be a chance to gain mythic essence whenever there is an event. Most events will not have mythic essence as part of free rewards. To unlock mythic essence, you will usually be required to purchase a pass that costs 1650 RP.

If you enjoy spending money on orbs, you will be stacking mythic essence faster than other players. Event Orbs have a 4.11% drop rate for x10 mythic essence.

If you would rather keep yourself on the free side of LoL gaming, you can just open regular and Masterwork chests.

Read Also: How to Get Chests the Fastest Way?

Riot has recently introduced a system that rewards you for purchasing masterwork chests. Each masterwork chest you buy counts towards a milestone. There are 4 milestones, at 5, 10, 15, 20, and 25 chests.

Completing every milestone will give you 30 mythic essence, and you can always buy new masterwork chests to complete the loop again.

There are also event-specific milestone rewards that will give you even greater amounts of mythic essence. In the current Space Groove 2022 event, you can get 105 mythic essence by buying 25 capsules.

Read Also: What is Orange Essence in League of Legends & How to Get It?

Get Mythic Essence by Subscribing to Twitch Prime

A great way to get some extra essence is to link your existing twitch prime account (if you have one), or to subscribe to the service.

How the Mythic Shop Works

It is important to know how mythic shop works because if you have your eye on a particular skin, it is easy to miss out on it.

The mythic shop has a window of time where the mythic content can only be acquired via the event shop or the mythic shop itself. When skin is first released, it can be activated while an event or promotion is still going on. This is usually two weeks.

When a promotion ends, the skin goes into a so-called “loot pool,” which means it becomes available by rerolling or as a droppable reward. The skins are also brought back to the shop after a period of at least 1 year, where they can be bought for a higher mythic essence price.

Riot has a plan for releasing mythic content each year and every 6 patches. Every 2 patches, they will fill in 2 slots with previously released mythic content.

Mythic essence is extremely hard to accumulate, but that is what makes skins bought with it specially. There are many methods of getting it, but the road will be much longer if you are doing it as a F2P player.